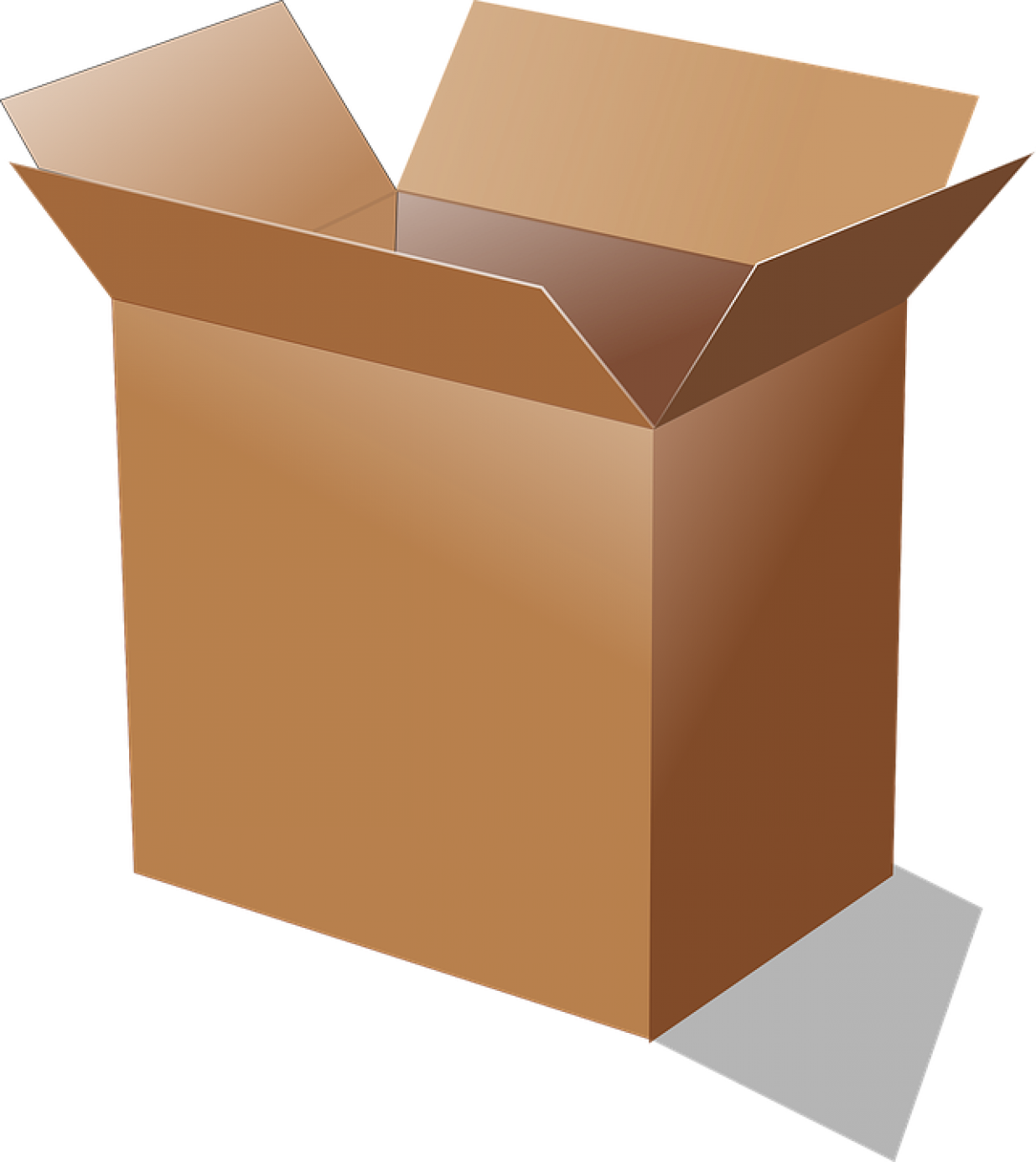 To the uninitiated corrugated doesn’t seem like the sexiest packaging sector. However, if you scratch beneath the surface you will find a hotbed of innovation and a sector that’s enjoying steady growth.

Globally the market is expected to be worth an estimated $226bn this year, according to Smithers Pira’s report The Future of Global Corrugated Packaging to 2021. Smithers Pira expects the value of the corrugated market to reach $269bn in 2021 thanks to year-on-year growth of 3.6% – slightly down on the 4.3% growth rate recorded in the period 2009-15.

Much of the recent growth of corrugated has been driven by global market leader China, with the US a close second. However, the UK corrugated sector continues to perform strongly with the country boasting a circa 2% global market share.

So what’s driven this growth, how does the UK market shape up and what are the major obstacles that stand in the sector’s way going forward?

In the last couple of decades the UK corrugated sector has undergone a seismic shift. Historically it was heavily reliant on producers of white and brown goods, but as manufacturing of these products increasingly shifted to the Far East, volumes started to dwindle – not surprisingly this global shift in production coincided with China’s rise as market leader.

However, in the last few years corrugated has bounced back strongly thanks to its growing use by the food and drink sector – one packaging expert estimates that UK food and businesses account for around 65% of corrugated volumes.

Coinciding with this shift in customer demographics, the make-up of the corrugated industry has also witnessed significant changes. In the last decade or so the industry has undergone high levels of consolidation leading to a UK market dominated by five key players: DS Smith, Smurfit Kappa, Saica, Rigid Containers and Logson.

The consolidation trend continued this year although on a slightly smaller scale then in the past, says Nick Mockett, head of packaging M&A at Moorgate Capital, who points to Saica’s acquisition of Americk and Logson’s purchase of Boxshop. Mockett expects to see further consolidation going forward.

“There is still a fairly long tail of smaller companies which may fit into the portfolio of larger players,” he explains. “There have been rumours of major north American corrugated businesses looking to bolster its European operations via a big deal. We have also been working with Asian players looking to invest up to €5bn in European fibre packaging.”

In addition to splashing the cash to acquire other complementary businesses these companies have also invested heavily in technology and upgrading their facilities in recent years. Partly to deliver efficiencies – the CPI estimates the UK corrugated industry has driven up productivity by 40% in the last decade – and partly to deliver innovative new products to market.

This innovation comes in many different guises, according to Andrew Barnetson, director of packaging affairs at the Confederation of Paper Industries. He cites the recent addition of a new fluting grade that sits between two other grades and the growing use of ‘woolcool’ – lambs wool used for thermal insulation – by pharmaceutical and food companies as evidence of innovation in the corrugated sector.

“This isn’t necessarily what most people think of as innovation,” says Barnetson. “People want sexy new boxes, they want something that’s bling and has a ‘wow’ factor and there are occasions when the industry has created a ‘wow’ factor box. For instance, one of our members has produced a box that can hold a crate of beer, but the box is lined so it’s waterproof which means that when you open it out you can use it as an ice box. That’s got the ‘wow’ factor.”
Another area where the industry has made impressive headway is in the lightweighting of corrugated materials.

“In the period 2004-15 the average weight of paper going into corrugated boxes decreased by 10% without any loss of strength,” says Barnetson. “So the industry is using less material, creating small boxes and offering greater space efficiency.”

Another area that’s seen significant levels of innovation is the production of retail ready packaging. These packs have been one the biggest growth drivers for corrugated in the last decade and it’s a trend that Smithers Pira predicts will continue to grow in the next few years. In the company’s Future of Global Retail-Ready Packaging to 2021 report it estimates the segment will grow by around 4% per annum on average over the next five years and be worth $67.6bn by 2021 – $48.1bin of this will be in corrugated formats.

“Retail ready packaging has been one of the success stories of recent years,” says Barnetson. “You’ve essentially got a presentation box that when done properly can look very attractive, provide additional information and present the product in a particular way.”

While retail ready, or ‘shelf ready’ packs as some people refer to them, are now a well-established presence in the food and drink industry, they’ve also spawned a rapidly growing new market segment: home ready packaging.

“In the past multipacks have been fairly non-functional,” says Benjamin Punchard, senior global packaging analyst at Mintel. “They’re essentially big bags with lots of smaller bags inside, but now the drive is towards ‘how can we present this better in the home so that it isn’t something that people just shove in the cupboard – it’s something that people will be prepared to put on the side in the kitchen’. As a result the product becomes more front of mind, people will consume it quicker and they will repurchase sooner. It’s all about improving the multipack experience.”

Punchard has also noticed retailers and packaging manufacturers investing more time and energy into making improvements to e-commerce packaging. He thinks this is down to long-standing customer dissatisfaction with traditional e-commerce packs.

“Consumers are generally not happy with what they’re getting at the moment,” he explains. “The quality hasn’t been very good, damage rates have been quite high and packs are difficult to open.”

It’s a challenge that corrugated manufacturers like Rigid Containers are already rising to, with Julian Freeman, Rigid’s group sales and marketing director, saying that e-commerce and retail ready packaging continues to be the driving force in terms of growth for the company.

“For e-commerce requirements, the emphasis here is still on predominantly plain, fit for purpose corrugated packs, but the innovation here is in the tear-tape application and re-application that allow for easy return of goods, should they not be suitable for the consumer, and an increased focus on inside print to deliver a marketing message to the customer during the ‘unboxing experiencing’,” says Freeman.

Mockett also believes e-commerce presents a major opportunity for the corrugated sector as it is the preferred medium for transit packaging affording protection and design differentiation. However, there is a slight conflict of interest surrounding consumer expectations of this type of packaging.

“Consumers typically state that they want less packaging, but they may not fully appreciate the role that the packaging takes in protecting the product,” says Mockett. “The brands, particularly online shopping, have to try to balance out the amount of packaging used, the safe delivery of the products and also the appearance of the package when consumers first come into contact with it. This last area strikes me as one of opportunity as the consumer cannot be influenced on the web the way they can in a real shop. Perhaps we will see more design content, tactile finishes and interactive packaging as a consequence.”

This opportunity is one that hasn’t escaped the attention of Barnetson who thinks e-commerce packs will change significantly over the coming years.

“Where else can you put attractive printing for home delivery packaging? So you might take a box that’s brown or has a basic black ink on the outside and then, when you get the box home, you get the ‘wow’ factor when you open it up with the opportunity to print additional information or personalisation on the side of the packaging. This is a new opportunity for corrugated and we’re on the point of tapping that opportunity.”

While there are plenty of growth opportunities for the corrugated sector to tap into going forward there are also significant challenges ahead. The longer term impact of Brexit remains unknown, but in the short term the fall in the value of sterling caused by the EU referendum has had a knock on effect, says Freeman.

“The Brexit vote had an immediate impact on the industry, as the value of the pound versus the euro put pressure on not only the supply of raw materials (paper), but also on the cost of buying new machines from European manufacturers,” he explains.

Mockett adds that there is still plenty of room for optimism despite the uncertainty caused by the UK’s future Brexit plans – especially given the fact that corrugated tends to be made within reasonably close proximity of its customers as there’s “no sense in shipping air”.

“As the UK economy has performed better than most G7 economies since the Brexit vote, the UK corrugated industry should not be on the rocks,” believes Mockett.“As UK exports are cheaper priced in foreign currency terms the industry may experience a boost from packing up the products being exported.”

It’s an optimism shared by Freeman. “Our business has been good this year, showing growth in terms of volume. Like all corrugated players, there continues to be pressure on the margins, but relative stability in paper prices over the last 12 months has helped us to steer a steady course.”

In short, the corrugated sector may face lots of challenges in the months and years ahead, but it looks as if these hurdles are going to be more than offset by the growing number of untapped opportunities there are out there.

Brexit
The same broad economic and social trends hang over the corrugated sector as they do every other industry sector, with the ongoing uncertainty set to have a lingering impact on businesses’ decision making. The UK corrugated sector is dominated by some major multi-national companies, so when it comes to future investment decisions like where to build new factories, the terms of the UK’s exit from the EU could have an impact on these decisions.

Sterling
Rising inflation caused by the recent fall in the value of sterling (which in turn was caused by the EU referendum vote) looks set to cause a slowdown in the economy and possibly even a recession. Corrugated packaging is used in consumption items (like food) and also for consumer durables (like washing machines) so if the economy slows consumers may defer spending on big ticket items, which could have a knock on effect on corrugated volumes.

E-Commerce
The rise of online retail presents a major opportunity, but it also presents a significant challenge, with retailers looking for innovative new packaging that can be used to deliver and return goods safely.