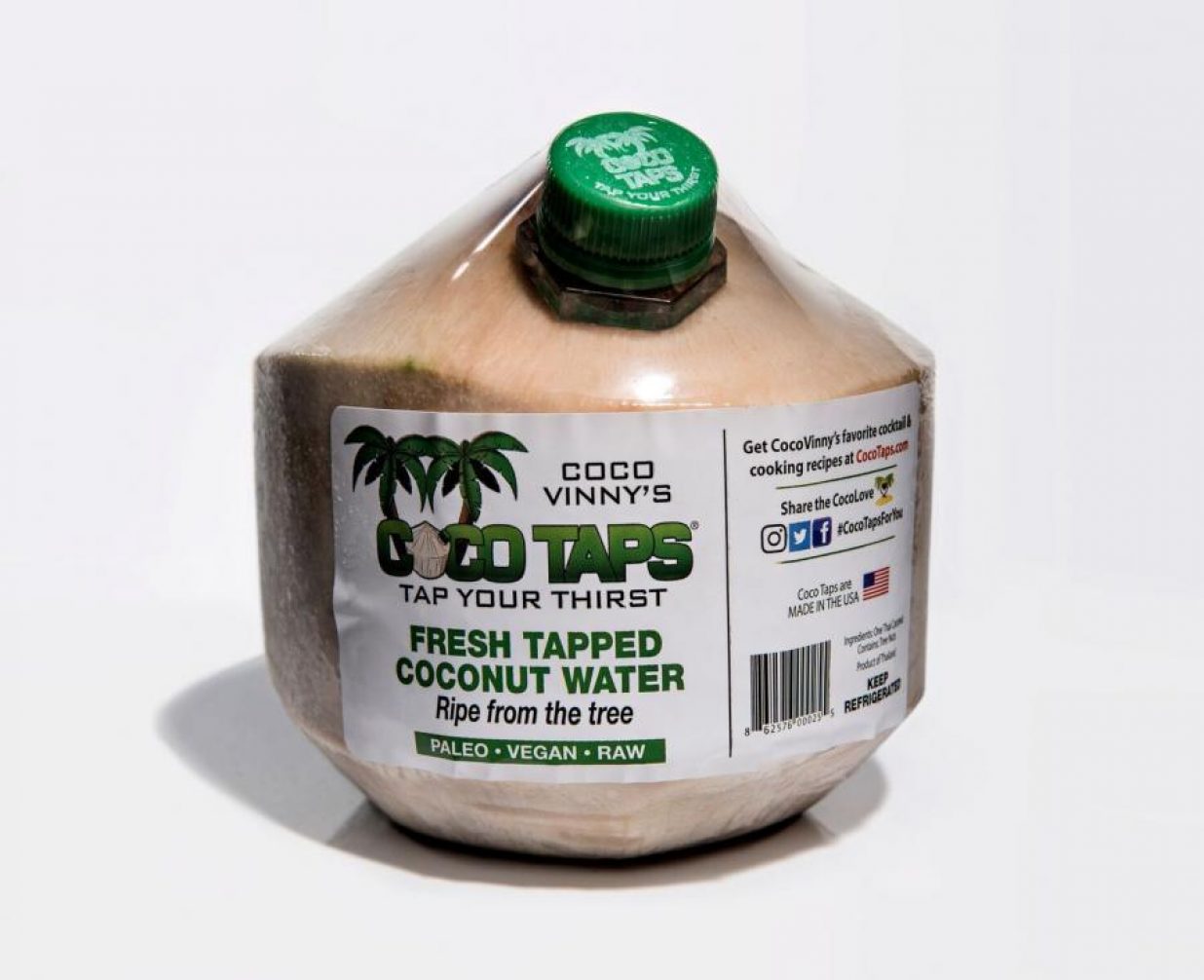 Heralded by some consumers on social media as a “#gamechanger,” pre-tapped young coconuts are now available at Whole Foods Market stores that make drinking fresh-from-the-fruit coconut water simple and convenient. Whole Foods launched the product in November 2016 in 56 of its stores in Arizona, Southern California, and Southern Nevada.

The product is from Coco Taps, a coconut water beverage system company based in Las Vegas and founded by entrepreneur Vincent Zaldivar, also known as “Coco Vinny” and “Chief Coconut-in-Charge.” Coco Vinny’s Coco Taps coconut product was several years in the making, during which time Zaldivar researched and developed tools to provide the purest coconut water while eliminating excess packaging.

According to Zaldivar, the nutritional value of coconut water is “amazing.” He says, “There are two banana’s worth of potassium in a coconut, there’s magnesium, phosphorous, calcium, sodium—all the things your body needs. It’s a great post-workout drink.” But, from his perspective, the taste of coconut water is significantly impacted when pasteurized and packaged in bottles or cans. He also believes less is more when it comes to packaging materials.

His solution: A system comprising a tapper that can puncture a hole in a coconut combined with a tap with resealable cap that screws into the hole to create an airtight seal. The tap is made from 100% BPA-free food-grade polycarbonate and is manufactured by a proprietary injection molder. “It was really important to me that the tap be manufactured in the U.S., to keep jobs in America and make sure there is no mercury or lead or other things in the taps,” says Zaldivar.

Zaldivar adds that the tap is manufactured using an additive that makes the fitment biodegradable in a landfill within five years, versus the 700 to 1,000 years needed for pure polycarbonate to degrade.

Coco Taps’ first commercial product was its Coco Taps Tool Kit, featuring a tapper and two taps, sold in health food stores as well as on Amazon.com. Seeing a natural fit between the Coco Taps brand and Whole Foods’ ethos, Zaldivar pursued the grocery retailer for a year before the pre-tapped coconuts made their way into Whole Foods’ stores.

Whole Foods’ coconuts are sourced from Thailand, and taps are inserted at Coco Taps’ “co-tapping” facility in Santa Fe Springs, CA. After being tapped, coconuts are wrapped with a clear film, and a pressure-sensitive label is applied that includes product information and a barcode. While Zaldivar says testing indicates the coconut water will maintain its freshness for up to four weeks after tapping, Whole Foods advises a Use By date of three weeks. For tamper-evidence, the tap’s twist cap includes a safety seal ring. Once coconuts are “packaged,” they are delivered to a nearby Whole Foods distribution center.

Zaldivar anticipates Whole Foods will expand the Coco Taps product to its other stores. At present, however, logistics are a challenge due to the weight of the coconuts and the location of the co-tapping facility. “Right now we’re just taking it one region at a time,” he says.