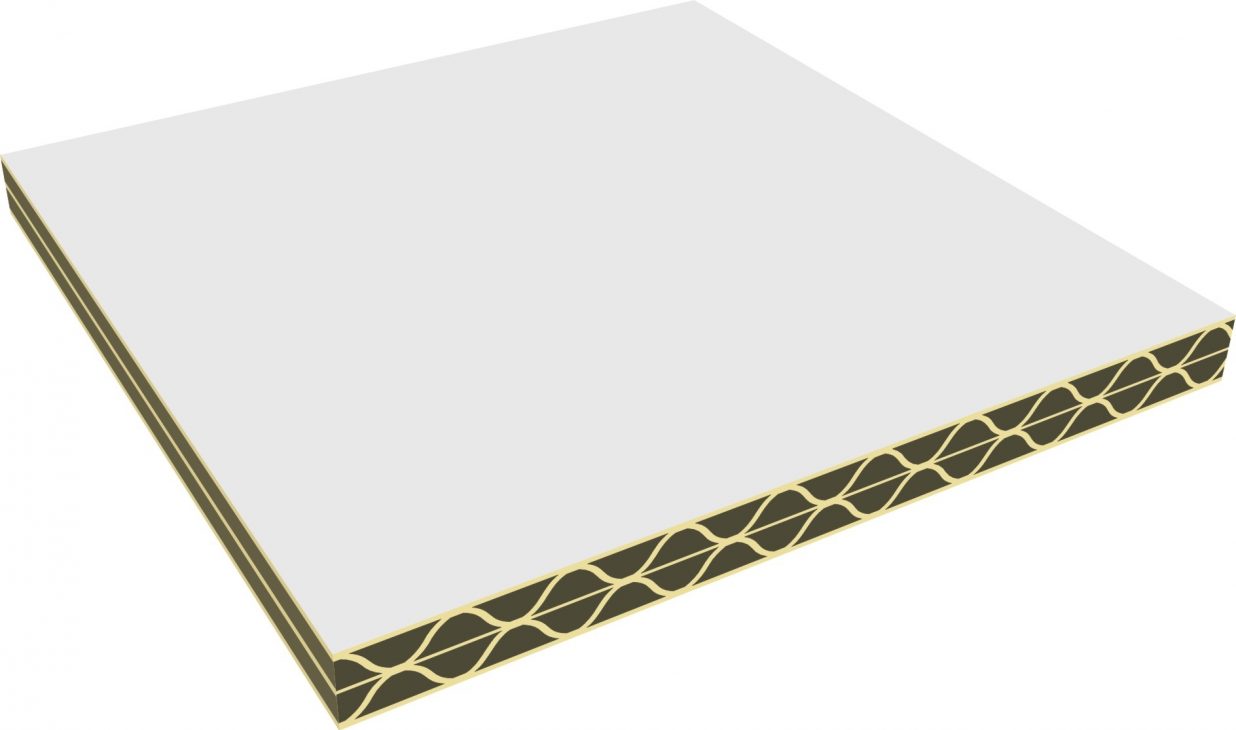 Overall growth in dollar value terms for packaging was depressed for the years spanning the middle of the decade – although this is largely attributable to relative strength of the dollar against other currencies across that period. Still in 2017, value reached US$851.1 billion, a 2.8 per cent growth compared to 2016 at constant prices. This steady expansion is anticipated to continue across the next five years, rising slightly to 2.9 per cent year-on-year across this period, to reach $980.4 billion in 2017.
Regional perspectives
The continuing trend towards large-scale mergers and acquisitions – for example the creation of WestRock from MeadWestVaco and RockTenn – is testament to the relative maturity of the packaging industry in developed world regions, like North America and Western Europe. The analysis in the new Smithers Pira report, The Future of Global Packaging to 2022, indicates that emerging and developing economies will contribute just over 70 per cent of world packaging consumption growth from 2017 to 2022.

Asia is forecast to grow packaging consumption at the fastest rate, led by China and India. This is largely attributable to growing populations, rising disposable incomes, and a transition from traditional markets to the purchasing of packaged consumerist goods, especially in the food segment. China alone is forecast to represent almost 48 per cent of world packaging consumption growth through to 2022 with India accounting for a further 8.5 per cent.

Material segments
Board and paperboard (corrugated, folding carton stock and liquid paperboard) is the largest packaging material type covered in the Smithers study. It accounted for 35.7 per cent of world packaging consumption in 2016, followed by flexible packaging (plastic, paper and foil) with 23.3 per cent, rigid plastic packaging with 18.2 per cent and metal with 12.2 per cent.

Below, pulp and paper is represented in the two largest packaging material segments — board and flexibles — in 2017. 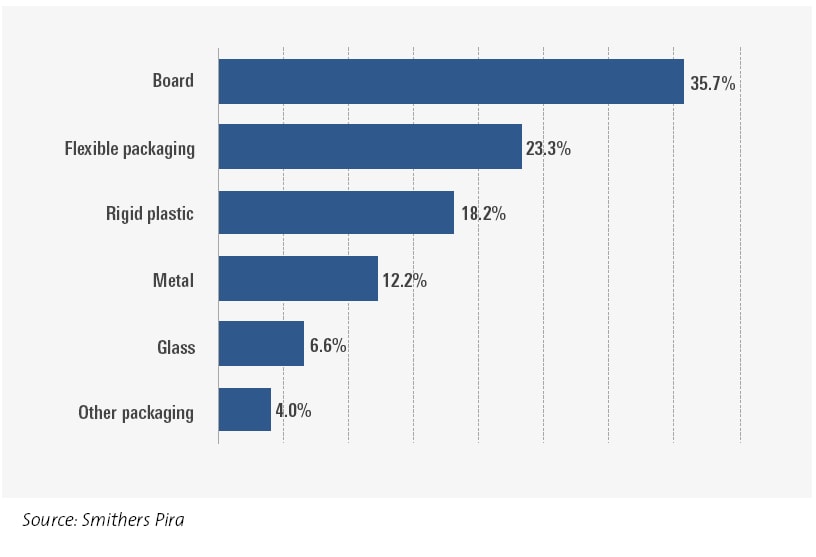 Flexible packaging is forecast to grow consumption at the fastest rate through to 2022, driven by advantages in lightweight, demand for smaller more convenient packaging and improvements in design. Growth will be strongest for flexible plastics which are already two-thirds of the market, but flexible papers will perform only slightly less well across the five year forecast, with aluminium seeing the smallest boost, as pricing and improvements in competing barrier materials squeeze its share.

Flexible papers
While flexible paper packaging has been under threat from flexible plastics in some applications, it will remain an important constituent of the flexible packaging market for the foreseeable future. This is due to a combination of factors, its low cost, its perceived good environmental credentials, its use in laminations — often as a light barrier — and because consumers enjoy the tactile effect. A number of plastic films have been modified to mimic the feel and look of paper, while offering the benefits of moisture barriers inherent with plastic films. Matte finish BOPP is an example of such a film.

Corrugated board
Growing environmental concern is benefitting the corrugated board market due to the perceived and real environmental benefits of cellulose-based packaging. However, lightweighting of board constructions is hampering volume growth slightly, although the impact on value is less pronounced.

Corrugated packaging companies are putting increased emphasis on shelf-ready packaging that significantly reduces the workload for unpacking and displaying products. This trend is now deepening with the rise of discount retailers — such as Aldi and Lidl in Europe — and convenience store selling, which are more likely to use less labour intensive shelving options and have fewer of their own branding priorities. This presents an opportunity for the brand to determine how their product is presented in store and gives an opportunity for them to invest in printed graphics for on-shelf differentiation. 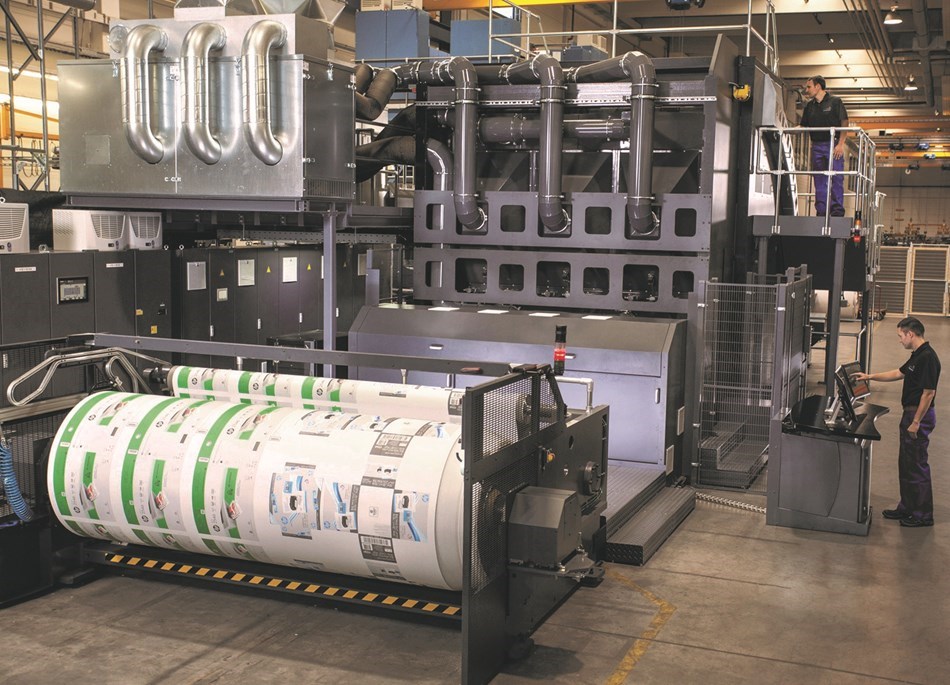 Press builders like HP are collaborating with specialists in corrugated board handling to develop a new generation of high productivity inkjet press for printing boxes. Source: HP

This trend dovetails neatly with the wider availability of inkjet printers for corrugated board, giving brand greatly expanded options for versioned packaging, including bespoke designs of corrugated formats for short run promotions. Flatbed inkjet systems have been available for corrugated for several years, but productivity and cost have limited these; often to point-of-sale displays, rather than packaging. Across 2017 to 2022, this situation will change as a new generation of high productivity inkjet presses — like the HP T1100S — especially designed for volume corrugated print are already seeing their first commercial installations.

E-commerce
The unspectacular, if steady, rise in demand for packaging in retail outlets contrasts with that in the e-commerce segment. The value of packaging demand into this sales channel was $28 billion in 2017, and will more than double by 2023. Over 75 per cent of this is for corrugated formats, causing a surge in demand for fanfold for fit to packing applications, new designs for returnability, and lighter weight flutings that minimize the size of postal shipments.

From a packaging designer’s perspective with a customer encountering their goods away from a shop, serving staff and, other prompts such as point-of-sale displays; packaging is taking on an increasing important role as the primary touch point for brand identity. This is generating interest in new designs that create an opening or unboxing experience.

Pack printing is also a key medium in this new arena with many e-commerce retailers and brands investing in high-quality graphics on the exterior and especially the interior of the package, for decorative impact. This in turn is creating a spur for new linerboards that can carry improved imagery.

The position of folding cartons within global packaging will face competition in the future from new more streamlined pack formats – like resealable stand-up pouches – that do not require secondary cartons. Additional competition will also be seen from upright flexible packaging, e.g. shrink film for multi-packs of beverages, and corrugated boxes. Future demand will also be affected by factors such as falling sales of tobacco and cigarettes, and an increase in offshore production of toys and sports products that are shipped pre-packed.

Higher paperboard prices, which impact on profitability, may another challenge, but in the short term board prices are generally decreasing as a result of rising European board output and high exports from an oversupplied Chinese board market.

Folding cartons demand is predicted to grow in four main end-use segments. More spending is expected on luxury items, while the on-the-go eating trend will drive demand for retail carryout cartons. A larger ageing population and health enfranchisement worldwide will also increase demand for cartons in the pharmaceuticals category. Environmental factors and lightweighting is also expected to underpin faster than average growth in use of beverage cartons.

Folding cartons will also benefit from the digital print revolution. New dedicated inkjet platforms are joining toner-based systems in this segment, which has been targeted as the first by Landa Nanography with its B1-format S10 press now in beta testing in Israel.

There is a growing trend for liquid packaging board producers to use renewable resources in order to enhance their environmental credentials. In 2016, for example, Tetra Pak announced the launch of a new version of Tetra Brik Aseptic 1000 Edge with Bio-based LightCap 30. This is the first aseptic carton package in the world to receive the highest class of Vinçotte certification for its use of renewable materials. The new package is manufactured using a bio-based plastic film and cap.

Innovations like micro-fibrillated cellulose (MFC), being pioneered by the likes of Stora Enso, offer the prospect of a biodegradable barrier film capable of replacing aluminium foil in liquid cartons.

Carton manufacturers are also introducing new and innovative carton products. These include the Combidome carton bottle from SIG Combibloc and Elopak’s Pure-Pak Sense Aseptic carton. The novel design and functional features of Pure-Pak Sense Aseptic cartons include easy-to-fold lines and the convenient flattening of cartons to reduce volume in waste and recycling facilities.

Liquid carton producers are also responding to consumer demand for packaging suitable for on-the-go drinking. Tetra Pak launched two portion-size packages in April 2017 to meet growing demand for on-the-go beverages. The Tetra Prisma Aseptic 200 and 250 Edge with Dreamcap 26 build on the success of the Tetra Prisma Aseptic 300 ml, which has more than 100 customers and packages more than 340 brands. Tetra Pak forecasts that worldwide demand for portion packages under 250 ml will grow to 72 billion litres by 2019, up 10 per cent from 2016.